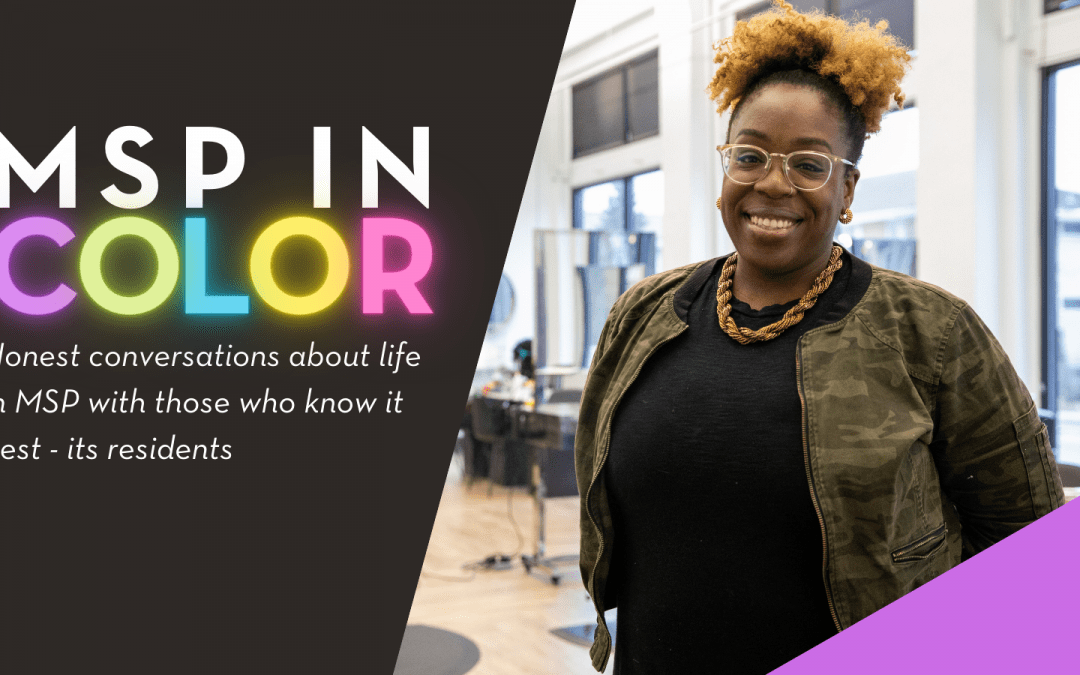 A Georgia transplant, mother and small business-owner, Melissa shares the value and the challenges of building a multicultural community in MSP.

I relocated to Minneapolis from Atlanta, Georgia in 2007 when I got a job at Target right after college. This job was part of a rotational program based out of their Financial Services department. I’ve been here 13 years now and I recently moved to Golden Valley (west metro suburb) from Minneapolis. Now I’m the owner of a hair salon The Beauty Lounge Minneapolis.

What do you do for fun in MSP?

I’m a small business owner, I have a seven-year-old, so my free time is pretty limited. I also have a fiancé who has a seven-year-old and he is also a small business owner, so we’re super-duper busy. But I love to go out and dance. I like to try different restaurants. I like to be outside. I love going to sound sets and concerts. I love live music. Anywhere you can go out and just be. Life is stressful enough, you need those outlets, where you can just be free.

How could MSP improve?

It’s no secret that sometimes breaking into circles with Minnesotans can be difficult. Initially I thought “Oh my gosh, Minnesotans are so nice!” And yeah, on the surface they are, but if you want to have deeper relationships, it’s going to take some effort on your part.

On a more serious note, being from Atlanta, I was accustomed to seeing a lot of people who looked like me doing really well. The wealth gap and the achievement gap in Minnesota is so wide, which was really jarring for me. I’m accustomed to seeing people of all ethnicities, all backgrounds making a great life for themselves. I think there are some systems that have been in place in Minnesota that have made that hard for people.

I also find that people who may be transplants, who are coming right out of college, stay removed from what’s really going on. They might not vote or they might not get involved in their kids’ school because they see Minnesota as a pit stop. Being a hair stylist, I have an interesting perspective because I talk to so many people. Although it’s a pit stop in many people’s minds, people tend to be here for a lot longer than they anticipated. You might think you’ll be here for two years, but you end up being here for 10. So, what purpose did it serve to not get involved?

People from different backgrounds who are moving here can make a greater impact on the city or the state. They don’t view this as home and that’s a shift that I think needs to take place. And if a better opportunity presents itself, of course, you’re gonna’ take it. But at the same time, build a life here.

What is the story behind your career transition?

I moved here with an intent to go the corporate route and shortly thereafter noticed that it’s not really for me. I’ve always enjoyed doing hair. Growing up, I was that person who did her friends’ hair and her family’s. I did hair throughout college for extra money. So, I worked for Target 7 A.M. to 4 P.M., and I found a cosmetology program that went from 5:30 P.M. to 9:15 P.M. on weekdays and 9 A.M. to 5 P.M. on Saturdays. I did school part-time and worked full-time. After I finished school, I started working for a bridal company, because I could still work my full-time job and weddings are primarily on the weekends. I did both for a while, and then I was crazy or brave enough to quit my full-time job. I quit and started working at a salon.

I fell into entrepreneurship. The lady I was working for sold her business and didn’t want her space anymore. I took over the lease, really prematurely, but I made it work! Minnesota definitely played a part in that. If I were still in Georgia, I don’t think I would have taken the time to do something for myself. I would have been so wrapped up in what I always did, the people I was always around and just in having fun. I would have felt like I was missing out or sacrificing something by being in school that long. So, I think that unfamiliarity played a huge part. 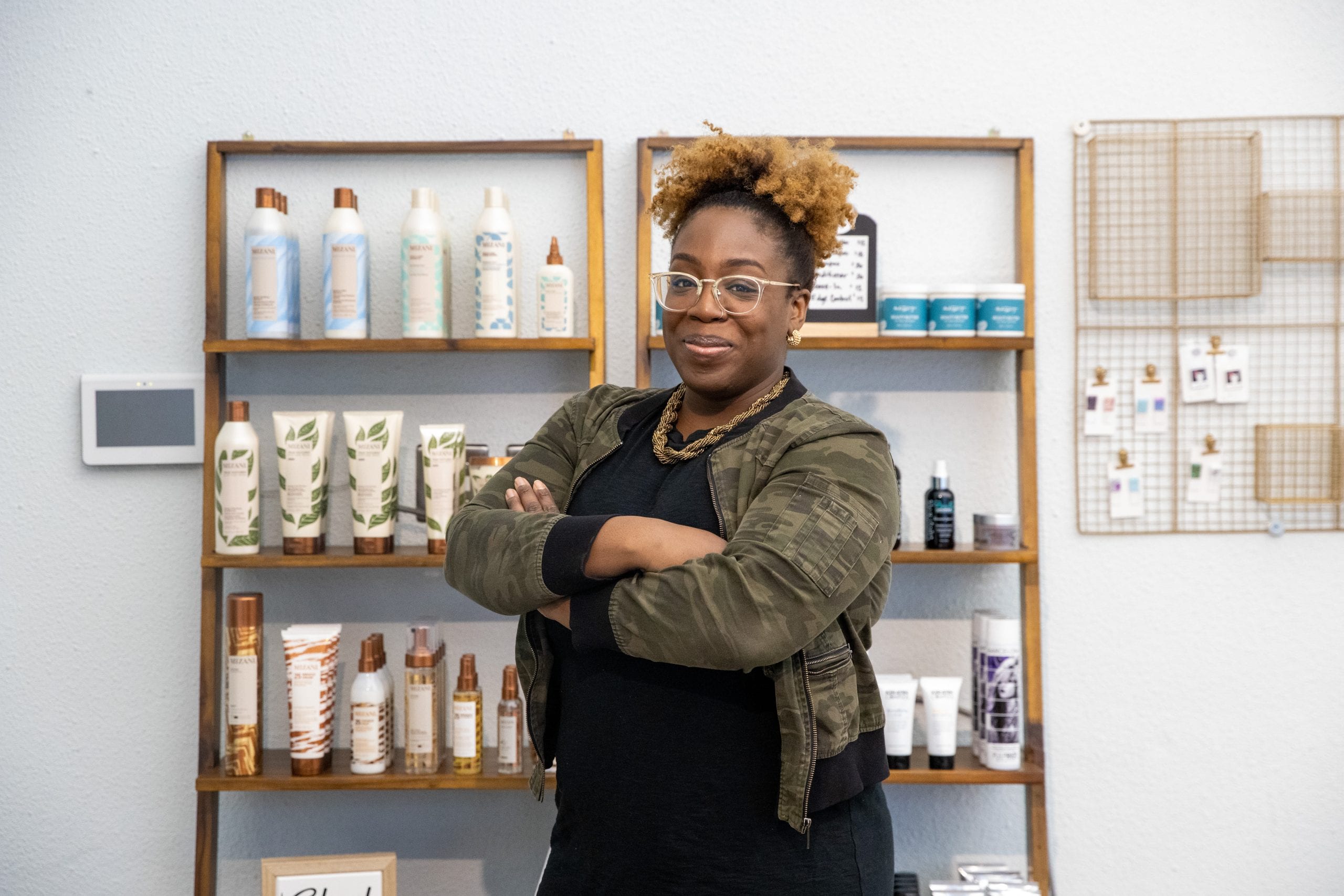 My business has gone through an evolution over the past several years. I think that Minnesota is the right place for what I’m doing right now. We cater to multicultural families, to transplants and to people who didn’t fit in a certain salon. It’s a space for people of all different backgrounds to come together.  They’re united through hair, but there’s a lot more that happens in that space.

How has the murder of George Floyd and the social unrest that followed impact you?

I think we have to acknowledge that the people we serve are dealing with a collective trauma. There’s trauma from all the racial injustice that has happened. But there’s also trauma from the pandemic that’s disproportionately affecting Black and Brown communities. So, it’s important to be sensitive to that trauma and to be an advocate for minority-owned businesses.

There’s been a huge effort to buy Black, shop Black, to reallocate where you’re spending your money. My background before doing hair was economics, so I’m really passionate about the money and what it really means. I’ve spoken up about this push for buying Black to make people understand that it’s not a one-time thing. In order for it to actually impact the economy, you have to continue to do it, not because you’re “supporting” Black business, but because you like it. That’s the reason why we make all of our decisions. We like the thing, so we keep buying the thing!

What advice would you give to someone considering a move to MSP?

Get out of your comfort zone. There are going to be things and people that are different from what you may have experienced where you come from. So just feel comfortable being uncomfortable. In the beginning, it’s going to take time. If you’re moving here for a job, meet people outside of work. Find your interest and meet people doing those things, because it can be discouraging when people at your company keep leaving. If you meet people who are grounded in another interest, those people are more likely to stay longer. And you can find your community there. 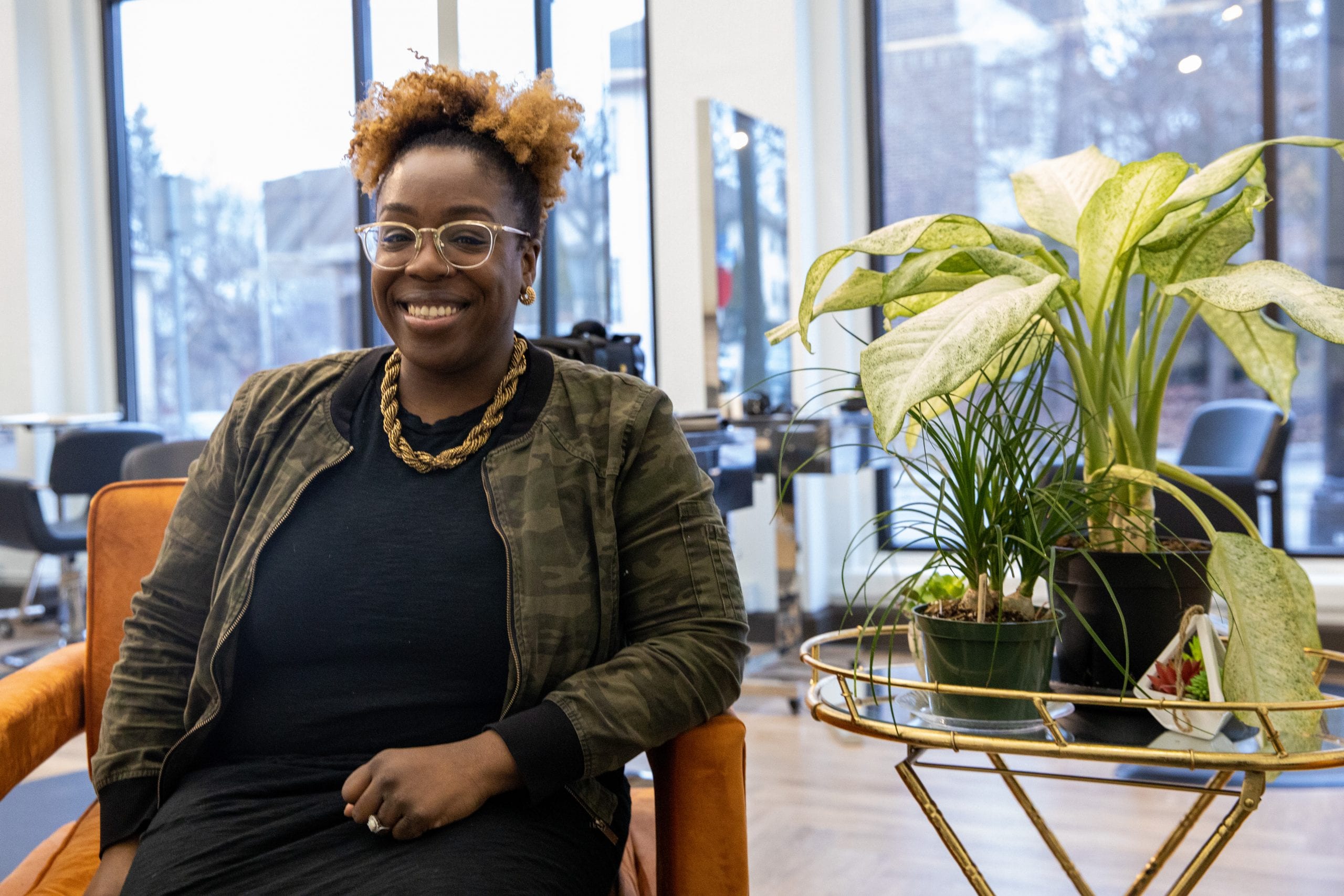 This “MSP in Color” blog series aims to celebrate many dimensions of life and community across MSP by sharing real stories about life here from the people who tell it best – its residents.