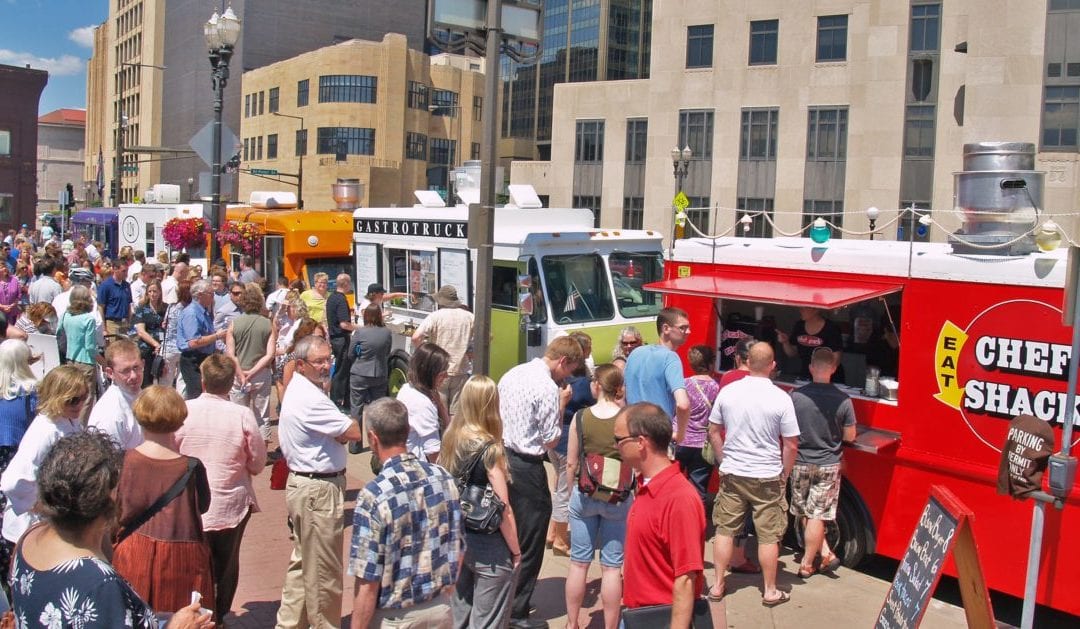 Sarah Richardson is is Senior Director of Strategy & Planning in UnitedHealthcare Medicare & Retirement. Originally from Fairfax, VA, Sarah moved to MSP in 2015 after receiving her MBA/MPH at the University of Michigan. We caught up with Sarah to learn how it’s going.

What were you interested in working on following your academic program?

I was previously working as a health policy consultant, focused on trends in value-based healthcare and evidence-based medicine. I really enjoyed consulting on a range of different projects, but I knew that following graduate school I wanted to be on the “industry” side so that I could see how everything is really implemented. I honed in on the payer industry because health insurance plays such a critical role in managing consumers’ entire health journey, as well as in aligning stakeholders (providers, systems, manufacturers) across the system.

What drew you to the Minneapolis-Saint Paul area?

I came to Minneapolis for the great opportunity of working at UnitedHealthcare, and I was also happy to move here because of some extended family nearby, and what I had briefly experienced in the city as an intern while in graduate school. I was excited about the vibrant arts and food scene (that is – endless delicious restaurants to try!), as well as living in a city that is home to so many well-established Fortune 500 companies.

What was your biggest concern about the area when you made the move?

My answer likely comes as no surprise, but I was worried about the cold weather! That said, having lived in Connecticut, Massachusetts, and Michigan, I have found that the winters here are no worse than other cold climates. In fact, I think Minnesotans are far more prepared than most states to deal with snow and cold – that makes life a little easier.

What’s something that surprised you about living and working in MSP?

I was surprised by the sprawl of the city that blends into its suburbs. Having been in Washington, DC, it was pretty clear when you left the city and went into a surrounding town – and I didn’t often do so. But here, it’s really nice to have St. Louis Park, Roseville, Edina, and other towns that have just as much entertainment and shopping as the official downtown in Minneapolis. Plus – St. Paul is like an added bonus; how many big cities have another one just next door?

What advice would you give someone considering an offer to live and work here?

I would say – seriously consider it! The cities have such a diversity of neighborhoods and things to do, and the business community is thriving – in addition to having so many major corporations headed here, there is also an impressive mix of start-ups and small companies across most industries. You can find a great place to live (at a great price), and there’s a little something for everyone here. MSP is kind of a hidden gem of the Midwest.

Sarah Richardson is Senior Director of Strategy & Planning in UnitedHealthcare Medicare & Retirement. In this role, she supports the Chief Marketing Officer with business and capital planning, organizational alignment, and reporting. Sarah was previously a Director in UnitedHealthcare Community & State, focused on the myConnections initiative, which seeks to address social determinants of health within the Medicaid population. Sarah received her MBA/MPH from the University of Michigan in 2015.