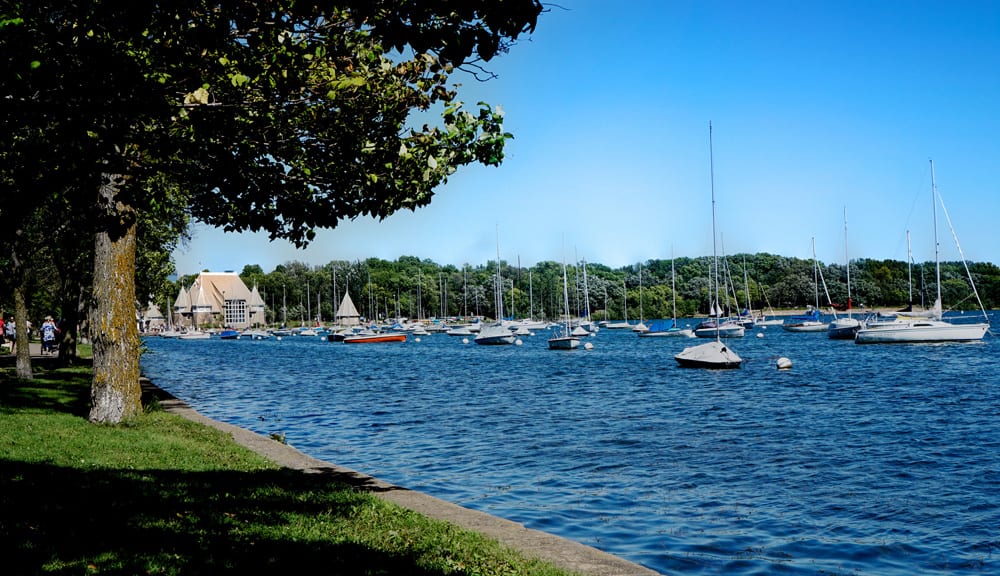 Jenny Djupedal is an Associate Marketing Manager at Land O’Lakes. Jenny, who grew up overseas but finished high school in Minnesota, moved to MSP in 2017 after earning her MBA from the Tuck School of  Business at Dartmouth in New Hampshire. We caught up with her to learn how it’s going.

What were you interested in working on after graduate school?

What drew you to the Minneapolis-Saint Paul area?

I was actually born in Minneapolis but moved overseas at age 2 before returning to southeastern Minnesota when I was 15 for my final three years of high school.  Even though I spent the majority of my childhood abroad, I have always felt a special connection to Minnesota.  So when the opportunity arose, it wasn’t a difficult decision to accept a job offer here in Minneapolis in 2012.  From 2012 to my departure for business school in 2015, I spent 3 years exploring all that the Cities have to offer.  During this time, Minneapolis really began to feel like home.  It likely comes as no surprise that I hoped to return to the area upon completing business school.  I moved to St. Louis Park, a southwestern suburb of Minneapolis, a few months ago and couldn’t be happier to be back ‘home.’

Did you have any concerns about the area when you made the move? If so, what were they?

Prior to moving to MSP in 2012, I was a little nervous that it would be difficult to make friends as I had heard that Minneapolis wasn’t as “transplant” friendly a city as, say, Chicago, DC or Seattle.  This concern turned out to be unfounded; I ended up making great friends with both “transplants” and “locals.”  Even though I moved away for grad school for two years, these friendships are still going strong today.

What’s something that’s surprised you about living and working in MSP?

I hadn’t realized how easy it is to live an active lifestyle in MSP.  There are easily accessible bike and running paths throughout the Cities and even groomed cross country skiing trails in the winter.  You can also rent kayaks, canoes or paddleboards at some lakes during the warmer months.

What advice would you give someone considering an offer to live and work here?

Come visit to see and experience it for yourself.  I think there is a preconceived (and, in my opinion, misguided!) notion out there that MSP is freezing cold year-round, is covered in corn fields, or doesn’t really have a lot to offer.  Once you get here, you’ll see that that’s far from the case.

Jenny Djupedal is an Associate Marketing Manager at Land O’Lakes. Jenny graduated from Middlebury College (2011) and the Tuck School of Business at Dartmouth (2017) with a Bachelor’s Degree and MBA, respectively. After several years working in commodity trading and product line management, Jenny now manages a variety of infant animal milk formula brands at Land O’Lakes. She grew up overseas, primarily in Moscow, Russia, but calls Minneapolis-Saint Paul home.

This website uses cookies to improve your experience while you navigate through the website. Out of these, the cookies that are categorized as necessary are stored on your browser as they are essential for the working of basic functionalities of the website. We also use third-party cookies that help us analyze and understand how you use this website. These cookies will be stored in your browser only with your consent. You also have the option to opt-out of these cookies. But opting out of some of these cookies may affect your browsing experience.
Necessary Always Enabled

Performance cookies are used to understand and analyze the key performance indexes of the website which helps in delivering a better user experience for the visitors.

Analytical cookies are used to understand how visitors interact with the website. These cookies help provide information on metrics the number of visitors, bounce rate, traffic source, etc.

Advertisement cookies are used to provide visitors with relevant ads and marketing campaigns. These cookies track visitors across websites and collect information to provide customized ads.

Other uncategorized cookies are those that are being analyzed and have not been classified into a category as yet.