Stories of Our Newest Neighbors 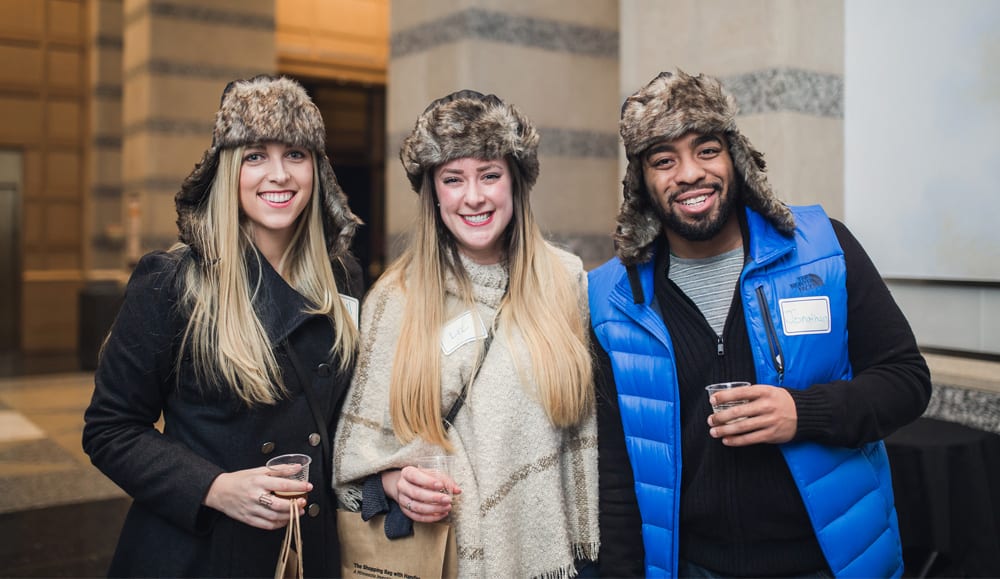 There’s been no shortage of Make It. MSP. events of late, but something special was in the air as dozens of volunteers gathered at the Minnesota History Center to welcome more than 250 new residents and launch the MSP HELLO project.

Thanks to partnership with the Minnesota Historical Society and Minneapolis Institute of Art and the support of the Knight Foundation, we were able to kick off an event series that will back and forth between Saint Paul and Minneapolis. Live music, food and drink, interactive stations and exhibits, insider conversations, and much more was in store for our newcomers.

But as much time as we spent designing the program, it wasn’t planning that made the evening special. Rather, it was the stories of people who showed up, including where they came from, how they got here, and what their impressions are of a place that many already referred to as home. Their journeys help us understand who we are and where we’re going together.

To take a step back, the event featured all sorts of fun. One of the most frequent things new residents have shared with our initiative is a hunger for events that facilitate stronger social connections. There’s room to improve, but we’re trying. Stations throughout the museum provided newcomers with opportunities to meet, find out what’s happening in the area, and even ask a local a serious or silly question that’s been eating them up inside.

At the end of the path, our newest neighbors received a free winter hat to wear home in the cold. Upon receiving it, dozens of these newcomers then volunteered to record their story. I listened to each and every one. Here’s what I learned:

Above all, our incredible outdoor assets were what people valued most

This is no knock on the Minneapolis-Saint Paul region’s “incredible arts community,” the “exploding food and craft beer scene,” the “strong sense of civic duty,” or the vibrant culture made up of people from all over the world. Newcomers mentioned all those things. However, it’s our proximity to nature and the value we place on our outdoor amenities that seem to resonate most. For some that translated to a favorite lake and others a path in our nation-leading parks. Some enjoyed the ability to be active and others loved it for the tranquil escape. Everyone had a different take. We shouldn’t take these tremendous assets for granted.

Whether from Venezuela, California, or Canada, newcomers didn’t know much about MSP before they arrived. What they did know was it gets cold. Yet people love the area for what it is, including its coldest season. “Get a coat!” said one South American. “It’s beautiful,” said one Floridian of winter. For every one newcomer who wasn’t high on the current season, there were five more who had taken up a new winter sport, fallen in love with an actual change in the seasons, or even begun to get upset when it didn’t snow. “It’s a part of life that’s very interesting! There are activities to do, places to go. It’s amazing.”

People were nervous to come to MSP

Moving requires a leap of faith. For some that leap was bigger than others. People shared stories of moving without a single friend, attending the event alone, or of traveling thousands of miles for the opportunity to learn, contribute, and grow. It’s not just the winter driving that people were nervous about. (Although that was mentioned.) Newcomers shared stories of simultaneous uncertainty and optimism. Some arrived three or four weeks ago. Others were still getting acclimated a couple of years in. Small gestures by others often made a mountain of difference. “I was really nervous!” said Andrea from Mexico City. “But now I’m very happy. I’ve met so many great people and love my city. I think people underestimate this place.”

A few other things I heard in people’s stories:

By now many of these insights didn’t surprise me. Last year I had the privilege to listen to every word and read every line shared by more than 800 newcomers in the form of interviews, focus groups, and in-depth surveys. Like our event attendees, they moved from all over the country and the world. Somewhere in there is a novel’s worth of material. For now, it produced a 2017 project plan for our MSP HELLO team.

Yet no matter how many times you revisit a theme, everyone’s story is surprising and humbling.

At the event I told our new friends I was personally glad we were at the Minnesota History Center where locals celebrate culture and heritage, from the permanent exhibit of “Minnesota’s Greatest Generation” to last year’s “We Are Hmong Minnesota” and the museum’s upcoming project on Saint Paul’s Historic Rondo neighborhood. The stories these newcomers shared within the very same walls are now a part of that shared history, as well as our future.

Check out all the photos from the event on Flickr. 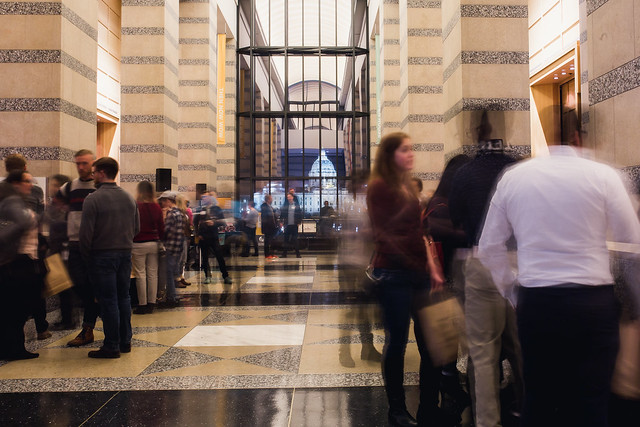