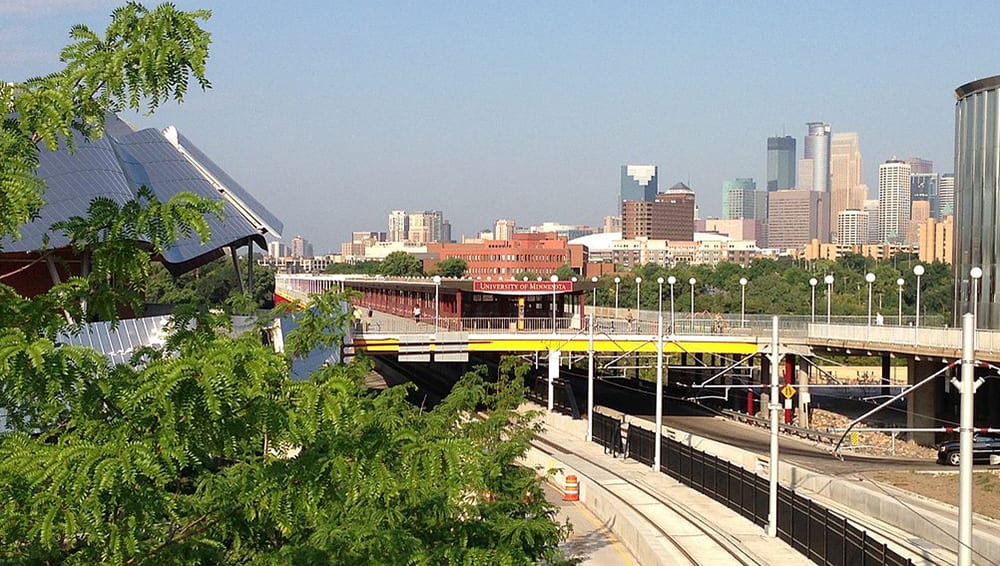 Kelby Sapien is a software engineer at Target originally from Long Beach, CA. He lives in the West Bank/Seven Corners neighborhood (right next to the University of MN).

What surprised you most about the Minneapolis-Saint Paul region?

As an IT professional, I was amazed to find out how many tech companies were located in the MSP region. As someone from California, you always hear about Silicon Valley as being the mecca of tech companies, but to my surprise I learned we had a booming tech scene ourselves.

Please share any highlights you experienced living and working in the Minneapolis-Saint Paul region (specifically during your summer internship)?

As an intern who had never worked for a company as large as Target, I learned that there is plenty of opportunity to grow as long as you work hard. The individuals I met in such a short time changed my perspective of what it means to code for a big retailer like Target to the point where it made me want to come back. On my time off, I attended festivals and tried to explore as much of the nature as possible this beautiful state has to offer. The whole internship experience felt like it went by so fast and it left me wanting more from Target and Minneapolis as a whole.

Describe any meaningful experiences you had during your internship.

During my internship, I got to work with very talented individuals that I learned a lot from. I got to work on mobile software development kits, while at the same time getting a very deep dive into what a lot of the existing code was doing. We got to learn a great deal, while at the same time getting the opportunity to create new tools for other developers to use. I can’t say I had the same experience in other places I worked at prior to interning at Target.

What was it about the Minneapolis-Saint Paul region that made you want to relocate here?

As a Californian, I knew I was going to miss the great weather but that I would also be gaining a great deal of other things by relocating. For one, I no longer have a 45-minute drive to work. That commute turned into a 10-minute light rail ride. Beaches were going to be replaced by the many lakes we have here, but that didn’t worry me since I was never much of a surfer. Moreover, the cost of living would drastically go down, allowing me to do some more of the exploring I love to do. Lastly, I would have the chance to get my career started at a great company like Target.

What advice do you have for future interns coming to the Minneapolis-Saint Paul region?

Really give the Midwest a chance. This is coming from someone who for the most part grew up near beaches and whose coldest day was around 60 degrees. Learn to embrace the cold if you’re really thinking about calling Minnesota your next home. If you do, you’ll have the chance to see how ice castles get made and learn that our skyway system is really one of the best. Do make the most of your internship as it can lead to a great opportunity, allowing you to jumpstart your career in one of the two greatest cities here in Minnesota.

​Intern to Intern is a continuing series of posts by and for those interning in the MSP area. Whether you’re from here or visiting for the summer we want you to feel at home. More resources for interns »